Ministry of Foreign Trade and Tourism of Peru

Ministry of Foreign Affairs of Peru

Embassy of Peru in the United States of America

FREE AND OPEN TO THE GENERAL PUBLIC

Welcome to the 7th edition of the New York Peruvian Film & Art Showcase, a celebration of our filmmaking and of the modern and ancient art of Peru. This year’s program is a homage to the precious metalwork and artistic jewelry of the Peruvian pre-Hispanic and contemporary cultures.

In 1987, in the deserts of Northern Peru, the archaeologist Walter Alva made one of the greatest archaeological discoveries in the history of our country: the tomb of the Lord of Sipan.

The Lord of Sipan was an ancient governor of the pre-Inca Mochica culture, who ruled over a vast region around the year 250 A.D., in what now is the north coast of Peru. The Moche civilization flourished between the years 200 A.D. and 800 A.D.  The Moche are particularly noted for their significant hydraulic engineering works, including irrigation channels that are still being used by farmers today, and their monumental architectural sites, such as the citadel of Chan Chan and the Temples of the Sun and the Moon. Considered the most skilled ceramists of ancient Peru, the Moche produced exquisitely sculpted and painted figures and vessels depicting scenes of everyday life. The Moche were also savvy navigators, who built reed boats to conquer equatorial waters.

The discovery of the Lord of Sipan tombs revealed that the Moche developed the most sophisticated metallurgic works of their time, using a technique for gilding copper long before the arrival of Europeans. They produced elaborate attires, utensils for religious rituals and weapons with metalworking techniques such as lamination, soldering and hammering, combining copper or gold with precious stones such as emeralds, turquoise, amethysts and quartz.

The influence of the Moche culture on the art of precious metalwork continues to this day in our contemporary culture, and in this seventh edition of the New York Peruvian Film & Art Showcase we wish to honor the continuity and influence of ancient art on modern precious metalwork with the work of Ester Ventura, a great artist who takes us back to the glorious past of the Moche with her creations. 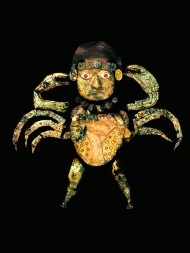 This documentary deals with the discovery of the tomb of the Lord of Sipan, one of the most important discoveries of Peruvian archeology, comparable in importance to the Tomb of Tutankhamun for the Egyptians.

The Ancient Art in Contemporary Jewelry
Presented by Carmen D’alessio

“The Symbolic Mysteries of Adornment:The Ancestral

Compulsion to Embellish Ourselves“

Chavin de Huantar, The Theater of the World Beyond – 55min

The ceremonial site of Chavin de Huantar, in Peru, appeared 3,300 years ago, when some sorcerers became theocratic rulers.
There, they represented the theatre of beyond, a complex liturgy to reinforce their power over the pilgrims in search of answers.

Robert saves enough money to buy the burial site next to the grave of the woman he loves. However, when he claims it, he finds it has been sold to another man, whose burial is the following day. Robert’s jealousy will take him to extreme situations in his attempt to be next to his Yenni until the end of time.

While driving his cab, Magallanes unexpectedly meets again with Celina, a woman he first met more than twenty years ago under completely different circumstances. In what would turn out to be a personal quest for redemption, Magallanes will do everything in his power to help her overcome her actual difficulties, only to find out that Celina would much rather give up everything she owns than accept his help. 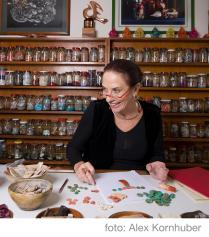 Cocktail with the artist 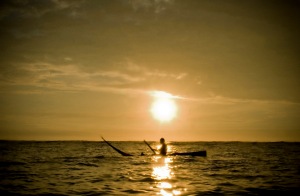 The Huamanchumo are a family of fishermen, direct descendants from the Moche culture. They belong to one of the last generations of traditional fishermen.The traditional fishing activity is at stake and is facing the risk of extinction. 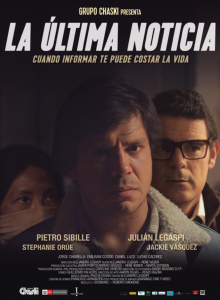 Alonso, host of a radio program dedicated to folk music, and his friend Pedro, a high school teacher, live in the early eighties with their couples, Teresa and Zoila, in a small and peaceful Andean city.

The sudden break in of Shining Path with bombs, blackouts and “executions” and the violent response of the forces of order start to change the provincial atmosphere. The daily life is altered and the happiness of the leading couples falls apart little by little. In the face of this spiral of violence, Alonso changes and is made responsible for the local news at the radio “The last news”. In short time he reaches a great amount of listeners, but with the constant pressures and threats from the subversive group and the detentions and questionings from the military he is driven to a limit situation. 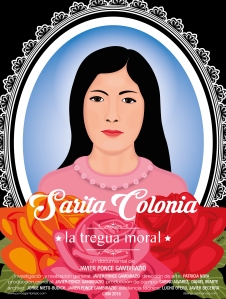 During the celebration festivities of Sarita Colonia – the saint rejected by the Catholic Church for taking in criminals, prostitutes, transvestites and homosexuals, among her many followers – a truce is proclaimed, a time when all her devotees live in brotherhood.

In front of her mausoleum, food and gifts are shared for free while rivalries and hatred are left aside.  When the party is over, out of the cemetery, that prejudice reigns over her followers again.

The Metro of Lima took twenty years to get build. The governments that took place back then were full of indecision and there was a huge economic crisis in Peru.  After this entire situation was over, the subway so it could start operating.  This brought an unexpected and incredible growth to the city. Now with modern instant communications like cell phones and  internet, our city is like any other modern city of the world.

But these changes can also bring someone no help to a better life, if they don`t want to be helped. That is why Rocio, a seventeen year old girl wants to show her mother the double life her father, who abandoned her seven years ago.

It is the middle of October, in the city of Lima, Peru. This is “the purple month”. The time to commemorate the Lord of Miracles, the most widely venerated image of Christ in the city, with many processions going on around downtown.

Rosa Chumbe is a mature police officer with both a gambling and a drinking problem. She lives with her daughter Sheyla, who has a little baby. One day, after a big fight between them, Sheyla steals her mother’s savings and storms out of the house leaving her baby behind.

Rosa is forced to spend some time with her grandson. Something changes inside her heart of stone. However, everything takes a wrong turn one night. Only a miracle can save her.

Q&A with the movie director Jonatan Relayze after the movie.

From a very young age, she worked actively in film production, in several movies for prestigious directors, agencies, and networks.
In 1974 she moved to Peru. In 1980 she started a new creative stage developing an innovative line of jewelry.

In 1982 she had her first large exhibition in Lima. Since then, her artwork has been seen in Galleries and Museums in many countries and continents, including Argentina, Brazil, United States, Spain, United Kingdom, France, Italy, and Singapore.

The originality and eclecticism of her work and the exotic fragments of textiles, seashells, gauzes and feathers combined in each piece evoke and express the deep mystical vision of the pre-Columbian world; this nurtures a unique view that has revolutionized the world of contemporary jewellery.
Her ideas, brought to life by the artful hands of a team of artisans under her direction, place her among the most important Latin-American designers.

In November, 2002 she won the “Creativity in Art Business” award in recognition of the distinct creativity of her Peruvian jewellery and in April, 2006, “The Owit Peru” award.
Her work has received significant media coverage in Europe, Asia and the Americas.

“Her jewels are as timeless as Peru itself.
The past and the future blend into a unique moment in each jewel.
The silver of pre-Hispanic roots and the textures and colours that she uses continuously open up the imagination to new combinations and give shape to a mythical splendour.”